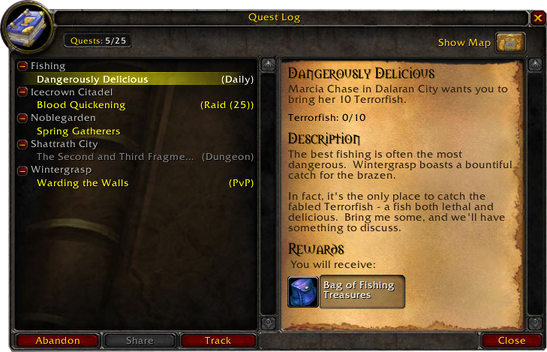 The Quest Log is a window in the default WoW UI listing the status and details of all currently active quests the character has not completed, or completed but not turned in.

The Quest Log can hold 25 quests at a time. The initial release of World of Warcraft had a limit of 20 quests, but with the release of Burning Crusade and the 2.0 patch, the limit was increased to 25 quests.

The difficulty of the quests is indicated by colors relatively to the character's level: